View our latest offers and deals on our offers page! See all offers
Close
More blogs

> Blog > 6 reasons Schokland is so special

6 reasons Schokland is so special

The former island of Schokland is located in the middle of the province of Flevoland, an area that’s been reclaimed from the sea. Where the inhabitants once fought against the power of the sea, today it’s a beautiful landscape. This is, of course, because part of the former Zuiderzee was diked in and then drained back in the 1930s. The sea floor dried out and the current Noordoostpolder was created. You can still clearly see that Schokland used to be an island: it’s now a hill surrounded by meadows, which used to be the seabed. Where else in the world would you come across a harbor and a lighthouse surrounded by fields?

Here are six reasons why Schokland is so special and definitely worth a visit! 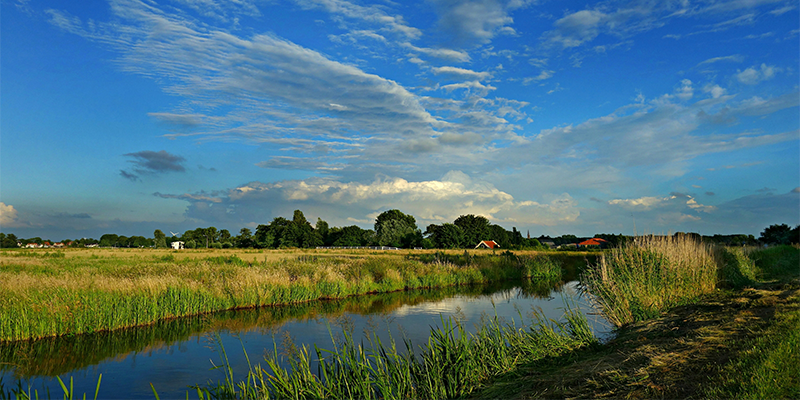 Schokland was the first monument in the Netherlands to be included on the UNESCO World Heritage List. This is because the area provides a rare picture of Dutch history. Archaeological remains in the soil cover a period of ten thousand years. Schokland was added to the prestigious list of monuments in 1995; the list also includes such famous places as the Pyramids in Egypt and the Grand Canyon in the USA. Other former islands like Marken and Urk have less in the way of archeological value because of later construction work. In archeological terms, Schokland is unique. 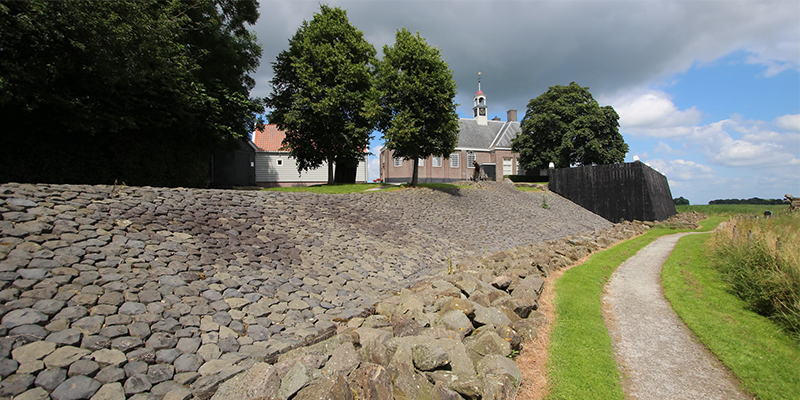 2. Symbol for the Dutch battle with the sea

Schokland symbolizes the age-old relationship of the Dutch with water. Before the construction of the Afsluitdijk, the IJsselmeer was still part of the sea – called the Zuiderzee – in which Schokland was an island. The land subsided because of the peat soil, and the coastline also crumbled. The inhabitants did everything they could to preserve their beloved island. You can still see where the wooden walls and dikes were, intended to protect the island from destruction. In 1859, King Willem III ordered the residents to tear down their homes and rebuild them on the mainland. Now, though, since the creation of the Noordoostpolder, Schokland has been on dry land. 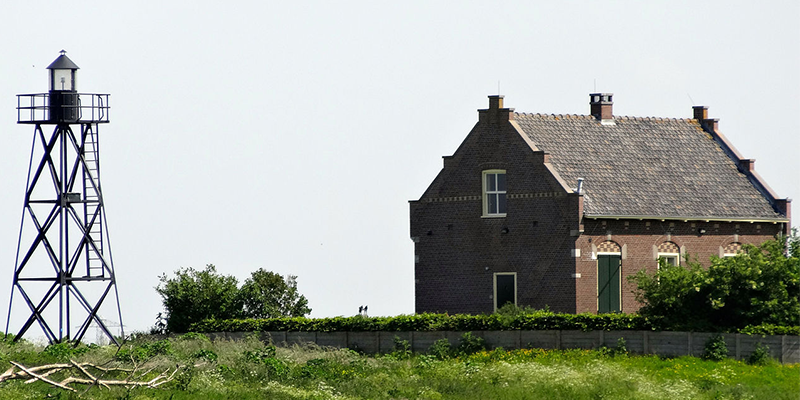 3. A lighthouse in the middle of the fields

When you cycle through Schokland, you’ll see some special memories of its island history. Museum Schokland is located on the old residential mound of Middelbuurt. Here you’ll find a church and pretty wooden houses painted in blue and green. On the northern tip of Schokland, there’s even a lighthouse with a lighthouse keeper’s residence. Such an odd sight, right in the middle of the fields! In the south are the reconstructed piers, where you can get an impression of the many ships that used to be moored here. A footpath follows the contours of the old island. Beyond the old island, dikes connect the mounds that disappeared into the sea.

4. Schokland is full of archeological treasures

Schokland is an archaeological monument. Because the area was under water for a long time, the subsoil has remained virtually untouched, protecting a wealth of archeological artifacts. For example, archaeologists found footprints of an adult and a child that are no less than 4,000 years old (on display in Museum Schokland). There are also remains of houses, as well as graves with skeletons. The first inhabitants in this area lived among the woolly mammoths: that’s how far back the archeological record goes! Lots of precious artifacts are still preserved in the soil, so to prevent further subsidence, fields are deliberately flooded. 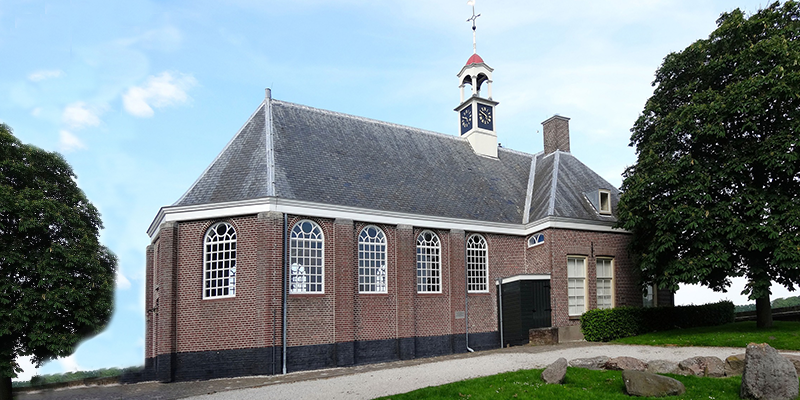 5. The name “Schokland” is a mystery

The name “Schokland” immediately raises questions. What kind of place would that be? It’s unclear exactly where the name comes from, which makes the former island even more mysterious. Schokland may come from schocke, which was a chipped piece of reed, intended as fuel. Schocke was also the word for pieces of dried cow dung: a cheaper alternative to peat. The name “Schokland,” then, could be an unkind reference to the many poverty-stricken people who lived there. Another possibility is that the name refers to the pounding of the sea on the island: the shocks swept away stretches of coastline.

6. A wild forest among the fields

After the creation of the Noordoostpolder, most of the land was given an agricultural function. That’s why the Schokkerbos (Schokker Forest) stands out so much. The clay soil, glacial till and peat (once part of a moraine, created in the Ice Age) in that area was more suitable for nature than for farming. Ferns and mosses grow in the excavated ditches. There are hundreds of species of mushrooms, including some very rare ones. With a bit of luck you’ll even come across a deer or a pine marten as a cyclist or walker. At the visitor center De Gesteentetuin, there are boulders left behind by glaciers during the Ice Age.

Discover Schokland on a cycling and sailing holiday

Want to see Schokland? Boat Bike Tours visits this special place on the Sail & Bike IJsselmeer + National Parks trip. Traveling on a comfortable sailing ship, you’ll sail across the IJsselmeer (the former Zuiderzee, now freshwater), visiting beautiful villages and towns on both banks. The cycling tours go through the most beautiful nature reserves, including the Oostvaardersplassen.

Want to learn more? Contact us for more information!