John and Nola are members of the Over 55 Cycle Club in Perth, Western Australia. They’re so enthusiastic about biking and barging that they’ve organized multiple European tours for their cycle club in collaboration with Boat Bike Tours. During these trips some 70 or so club members have participated, with quite a few coming back for repeat trips, as they had such a great time. We chat to them about the most memorable moments from their tours so far.

What inspired you to organize your first boat bike trip?

Nola was invited to join a trip planned by the Bunbury Over 55 Group, to make up numbers. She came back keen to do another trip. We had contact details for Jossie [Tour Coordinator at Boat Bike Tours], and set about organizing a trip. Jossie provided some options which linked together two seven day trips, as coming from Australia, 14 days was a better option. We selected three tours and advertised these to club members. The options generated a great deal of interest and we ended up with all three quickly being filled. Some 60 or so members signed up that first year, and many joined us on subsequent trips.

The three trips in 2013 included Paris to Bruges, Netherlands tulip tour (we have quite a few expats in the club) and the third from Amsterdam to Miltenberg (straight from a picture book) in Germany.

I have never met Jossie even though I’ve corresponded with her to organize some eight trips. She certainly knows her stuff! Organizing all aspects of the tour was no problem for her, even providing individual costing details for those hiring electric bikes or using their own bikes. Payment details were provided enabling easy transfer of the three installments from Australia to the company bank in Amsterdam. 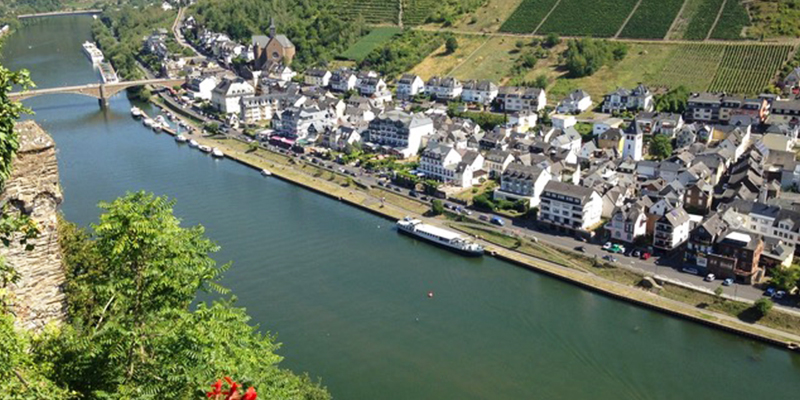 What are some of the other tours you’ve been on?

Our second trip in 2015 saw the group sailing through some beautiful scenery along the Moselle River. On our third trip we completed a tour around the Champagne area, another great time with many memorable experiences. Our most recent trip in 2019 was again organised by Jossie but through an Italian company. We assembled in Bolzano, bussed up 1500 metres to Resia, near the Swiss border. Cycled downhill along the river Adige, through some amazingly picturesque country then across lake Garda to Mantua. From here we picked up our barge, before sailing onto Venice. 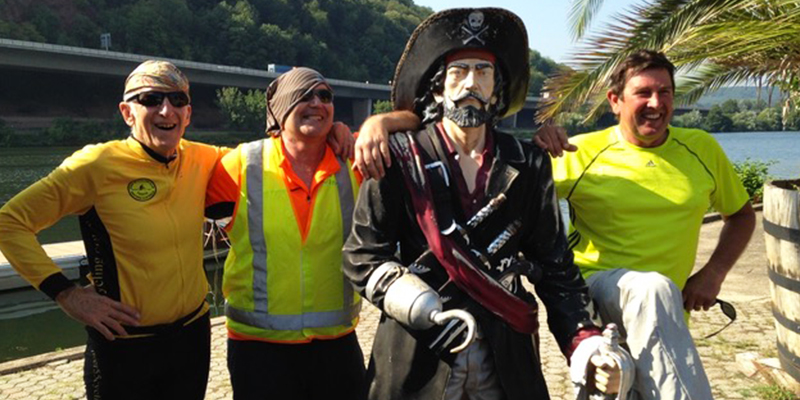 What’s it like to cycle around Europe with your club?

As a cycle club, members are used to cycling 50 – 70 kms per ride. So we had no problems with the cycling aspects of the tour even thought the average age of our members is around 74, and some who came with us are in their 80’s. Anyone wanting a rest simply remained on board and enjoyed a more relaxed day of sightseeing.

We all enjoyed the days cycling, along the canal paths, through farmlands, next to hillside vineyards and passing through many picturesque villages. Historical sites were ever present with castles, evidence of ancient battlefields and Roman artefacts.

The guides were also able to adapt the cycle trips for those riders who wanted to go further and faster & thus catered for some of those who wanted more of a workout. Groups of around 20 are manageable especially when ‘corners’ were in place so that no one was left behind. 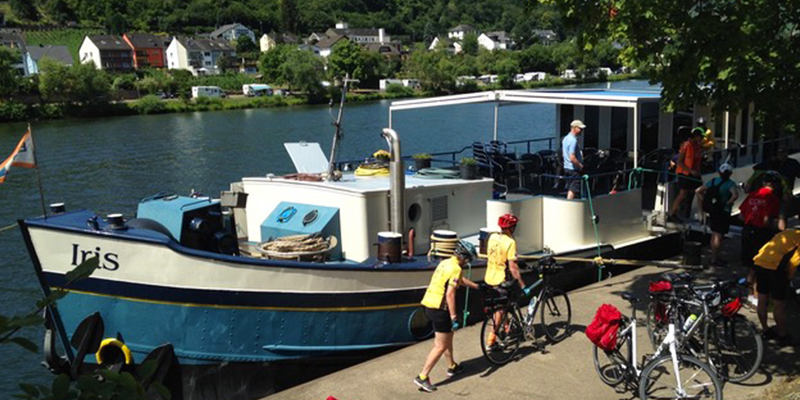 What do you like most about staying on board?

Being on the barge is a great way to travel as your luggage follows you. You never have the hassle of lugging cases around, once on board you have two weeks free from these worries. Just travel along, enjoy the sights, visits and cycling through the most amazing scenery.

The crew are just so professional and well organized. And the meals are exceptional, featuring produce sourced from local markets, where possible. There are usually guided walks after evening meals for those who want some more information about the local towns and history.

After a days ride the barge was there for you to relax, socialize and enjoy the snacks and drinks available. You could also relax with a beer or local wine by way of of a tab. Account settled prior to departing. 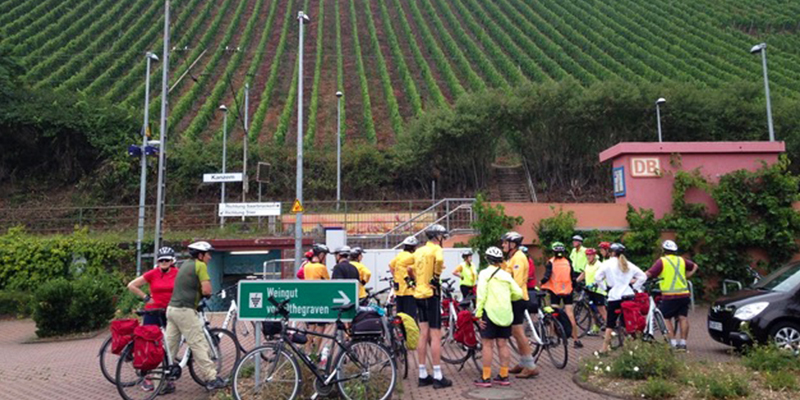 What was one of your most memorable experiences on a tour?

On our first trip we visited a church, around where fighting took place during WW2. I believe it featured in the movie “A Bridge Too Far”. Our guide, Roulie, sang a song for us in the church. She had a really good singing voice.

Another moment that springs to mind happened along the Rhine when we came across the story of the Lorelei. Legend has it that a Mermaid sat on a rock singing a song that lured sailors onto rocks . We rode or walked up a long and steep hill for a view from the top. I remember this well but the ride back down made up for the pain. 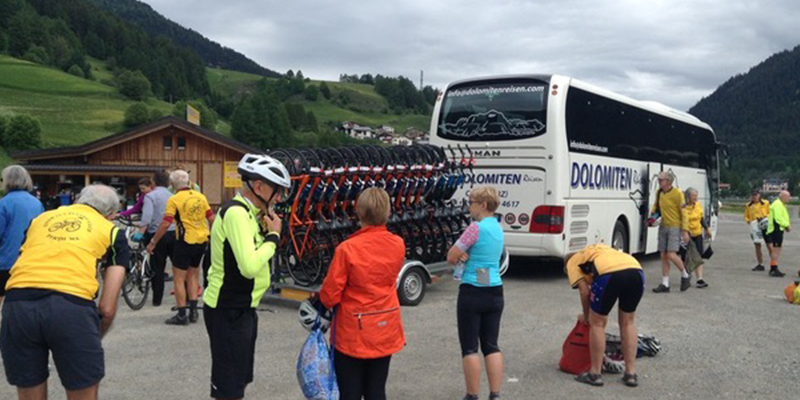 The real highlight of traveling in Europe is the rich history. Many layers of civilisations past contributing to what is currently Europe. Indigenous history in Australia is thousands of years old but European history only just in excess of 200 years. So, for us, touring Europe is fascinating, cathedrals that took over a century to build, Roman Aqueducts, quaint villages like Miltenberg in Germany all add to an experienced we all enjoyed. To be able to do this away from crowded organized tours and travel by bicycle is probably the best aspect of touring by barge.

Here in Western Australia you can cycle for hours in the country and not pass through a town. In Europe, however, you cycle through villages on a regular basis.