> Blog > Six surprising facts about the windmills at Kinderdijk

Six surprising facts about the windmills at Kinderdijk

The village of Kinderdijk, near Rotterdam, is home to perhaps the most famous windmills in the Netherlands. In the mid 1700s, 20 windmills were built to pump water out of nearby low-lying polders.

In the following centuries, the 19 surviving windmills have become a symbol of Dutch water management and are now a major tourist attraction. Here are six lesser-known facts about Kinderdijk and its renowned windmills.

1. No one knows where “Kinderdijk” really got its name

The most famous story behind the name Kinderdijk is from a legendary tale of a flood in 1421. As the floodwaters subsided, survivors discovered a floating cradle with a cat balancing on the edges, and a happy baby nestled inside. From then on, the location was referred to as the “Child’s dike”. 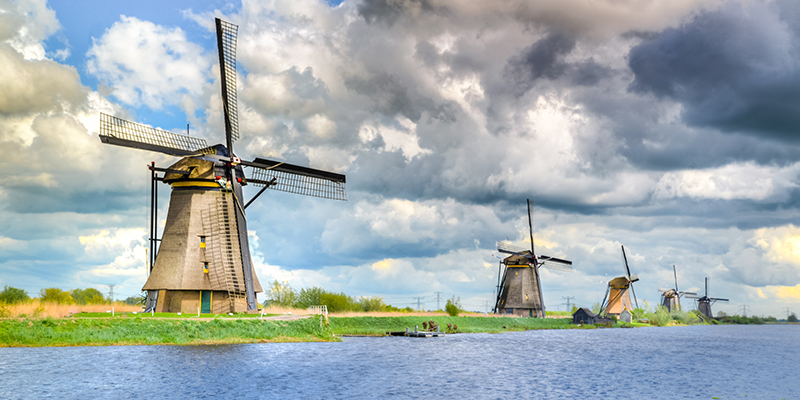 Maybe, however, the most well-known explanation is not the most accurate. Other theories include that the dike was named after a local with lots of children: Jan der kindere (Jan with the kids); that the dike was simply lower compared to surrounding dikes, so was referred to as the “child” dike; or that upon the death of a certain Mr Van der Giessen, the (management of the) property was inherited by his children. The real explanation may well be lost to history! 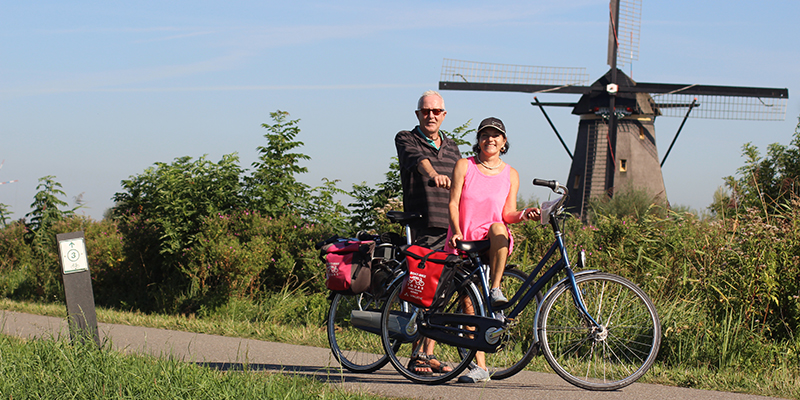 In 1997, UNESCO added the Kinderdijk windmill network to its listing of World Heritage sites. The listing applauded them as a fine example of “the outstanding contribution made by the people of the Netherlands” to the technology of water management.

In this way, Kinderdlijk is not only a physical monument of windmills in a man-made landscape, but also a symbolic monument to “human ingenuity and fortitude over nearly a millennium” in struggling against, depending on, and working with water. 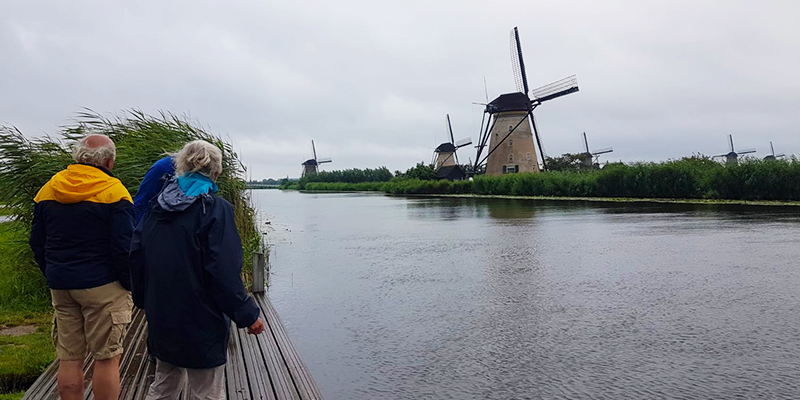 3. The mills owe their existence to Count Floris V

Count Floris V, who ruled medieval Holland, had grown tired of lords and nobles squabbling over regularly flooded land. So, in 1277, he founded the first water board, where the nobility was required to work together to maintain dry land. By cooperating, they were able to construct dikes, windmills and other infrastructure to drain the land and reduce flooding.

The windmills at Kinderdijk may never have seen the light of day if it wasn’t for the Overwaard and Nederwaard Water Boards that constructed and operated them.

4. The windmills are a marvel of modern water engineering

They may be impressive structures, but the Kinderdijk mills can’t take all the credit for keeping local polders dry. They are actually part of a complex water management system that includes sluices, weirs and basins. Even the low tide of the river Lek is an essential ingredient.

When their sails turned, the windmills would pump water up out of polder channels into basins that contained the water until low tide on the river Lek, when sluices could be opened to release the water. At this part of the process, gravity and clever timing do the work. 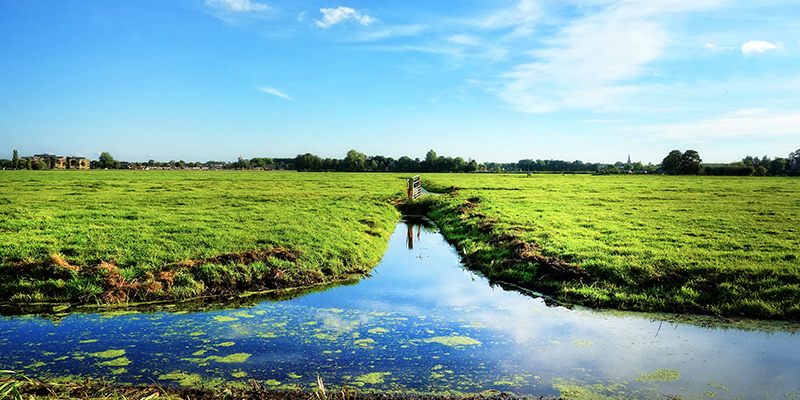 Even though the mills at Kinderdijk were replaced by steam-powered, then diesel and electric water pumps, they are still kept in good working order and can be put into action any time, either for show or in case of power failure.

During WWII, diesel shortages meant that the Dutch couldn’t generate enough power. Therefore, they were forced to return to wind power to keep their feet dry. Today, the Dutch generate 4% of their power through modern wind turbines. The historic mills at Kinderdijk can still sometimes be seen turning on national and regional Mills Days (Molendagen) 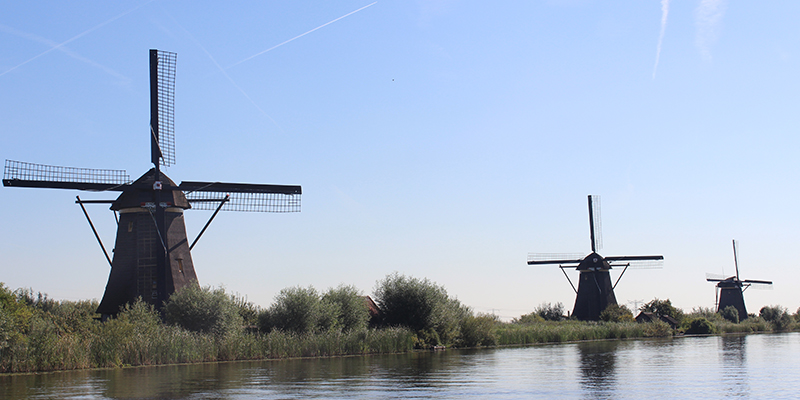 6. There are 10,000 tourists to every resident of Kinderdijk

The windmills at Kinderdijk are one of the most popular tourist destinations in the Netherlands. The small village of Kinderdijk is home to 60 permanent residents. Yet in 2019, up to 600,000 visitors were enticed to visit the site of these historic mills. That means there was a ratio of 10,000 visitors to every resident. 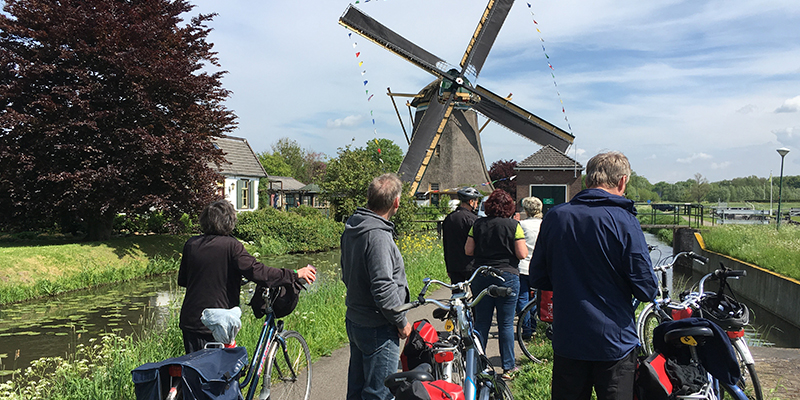 Want to see the windmills at Kinderdijk with your own eyes? Visit Kinderdijk with one of our boat bike tours! Join our Southern Tour of Holland to experience these iconic monuments up close, as well as many other highlights of the Netherlands. 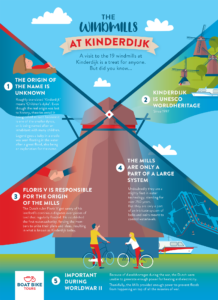