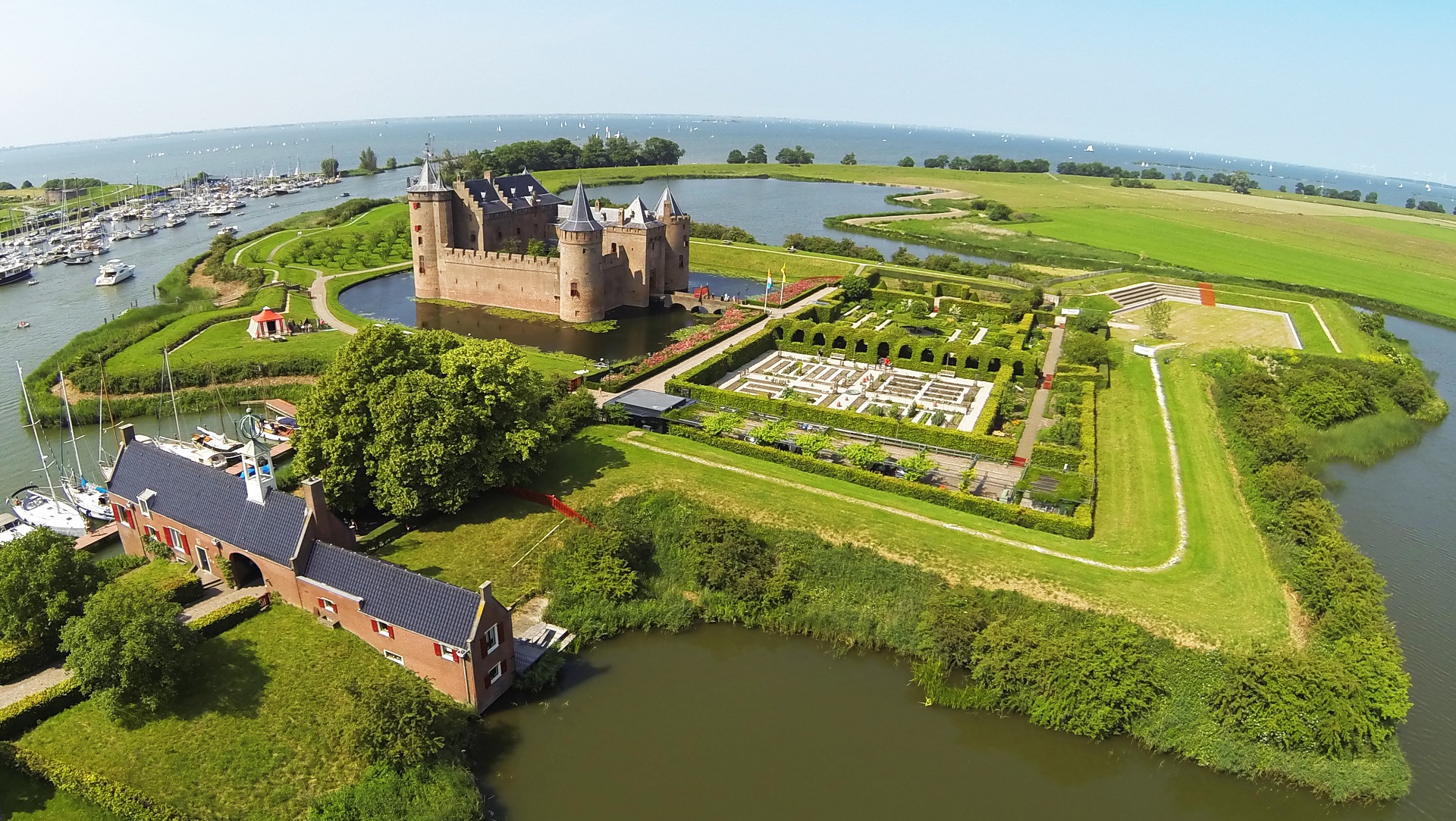 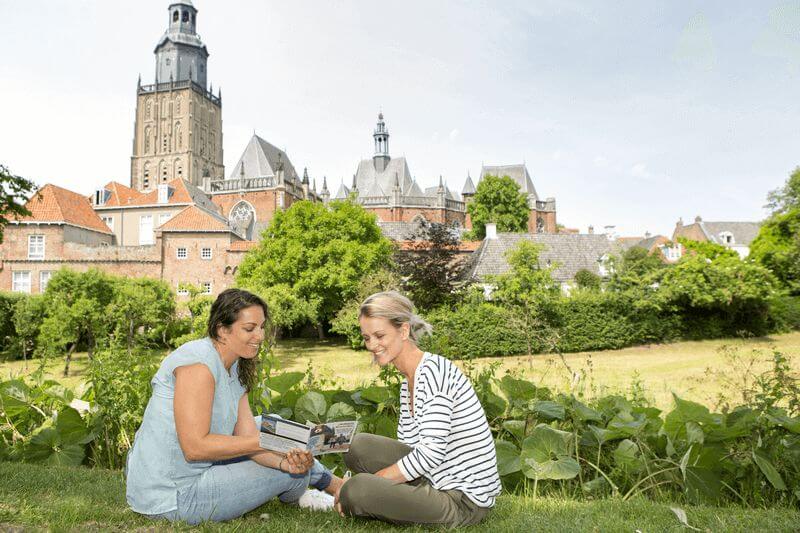 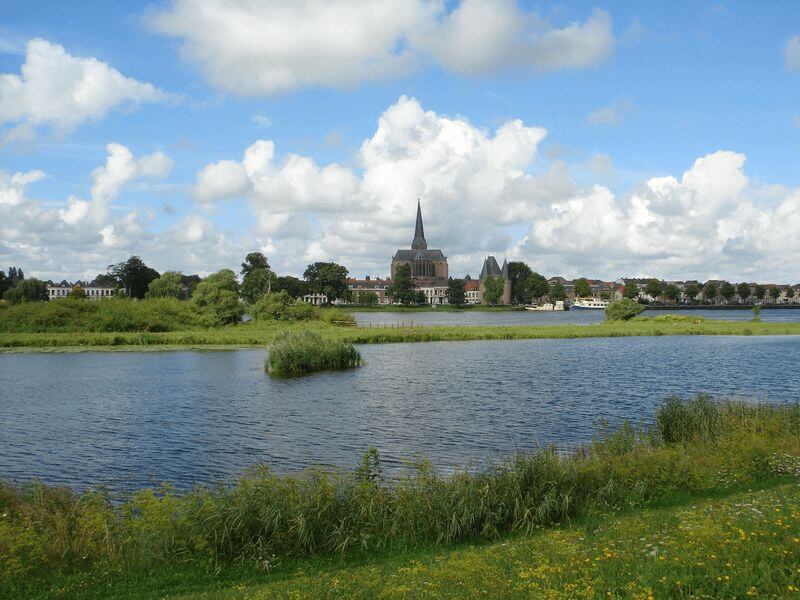 Bike along the Rhine & IJssel

Learn about the lovely reclaimed polderlands

The Hansa Highlights Tour will take you through the central region of the Netherlands, a region shaped over millennia by the numerous rivers and streams that crisscross the area.

You will cycle through the Rhine valley and its very beautiful tributary the IJssel River, cross the so-called border lakes region of the Netherlands and will visit fascinating cities and villages such as Amsterdam, Arnhem, Deventer, Kampen, Harderwijk and Elburg, to name a few. Given the flat terrain along the 125 km IJssel valley, the tour is perfect for anyone who wants to leisurely cycle along the many winding trails in this diverse area.

The natural beauty of the region is sure to impress as will the Hanseatic towns of the region that flourished during the Middle Ages when the IJssel was one of the most important trade routes in Europe. Another attraction is the so-called border lakes, between the “old” land with many beautiful harbor towns and the “new” land of the Flevoland, which was once the bottom of the sea, before the land was reclaimed in the 1950s and 1960s. In this area you will leisurely cycle through a number of picturesque fishing harbors where life seemingly moves at a much slower pace. For many Dutch, this probably not so well-known area is one of their favorite cycling areas.

Fully Guided
Accompanied by a competent, professional and multilingual tour leader, you and the group will visit interesting sights and places on the daily cycling tours. During the bike tour, they will explain the local history and culture behind the things you encounter along the way. You can also choose to ride individually with the help of a map and route notes (available on board) 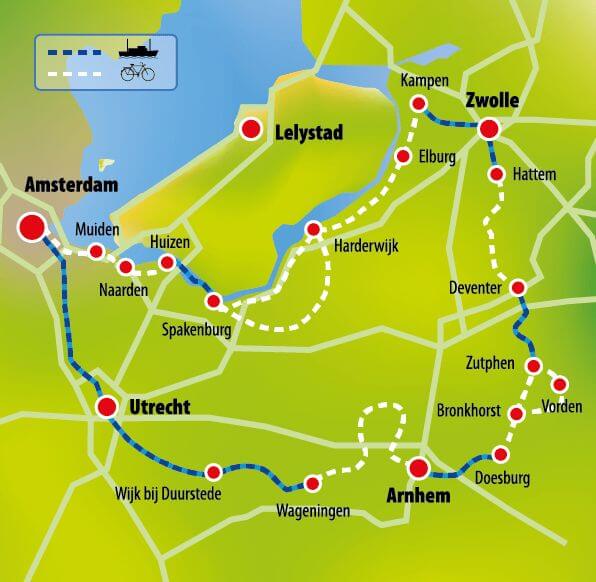 Parts that are printed in italics parts will be covered by the ship.

All distances are “approximate distances” of recommended bike tours.
The tour details are barring changes, a.o. as a result of nautical, technical or meteorological reasons.

Embarkation and check-in where the crew will welcome you on board is between 1 and 2 p.m. in Amsterdam. At approximately 2 p.m. the barge will leave Amsterdam to sail over the Amsterdam-Rhine Canal to Wijk bij Duurstede on the Rhine where you will spend your first night.

While you are enjoying breakfast, the barge will sail to Wageningen where you are finally off and cycling through the picturesque river valley of the Rhine. Along the way you will cycle through the woods and moorlands of the Veluwe. At the end of the day you pedal through the suburbs and past lovely parks such as Sonsbeek and Zijpendaal to Arnhem, where you spend the night close to the city center. During the second world war Arnhem was the battle scene of Operation Market Garden, the largest airborne operation in history. The operation ended in a failure because of the inability to capture a bridge over the Rhine River resulting in the destruction of the British 1st Airborne Division.

Today’s cycling tour takes you along the Hanseatic Town Route to the small village of Doesburg and along the IJssel to Bronkhorst, which has the distinction of being recognised as the smallest town in Holland. Guests will have two choices today – a shorter tour along the riverbank to Zutphen; or a longer bicycle trip via Vorden passing country houses, castles and rural estates. During dinner the barge will sail to Deventer where you have the option of a short guided walking tour in the evening.

This morning you will enjoy a short bicycle ride along the IJssel riverbank before boarding a ferry at Wijhe to cross the river to Hattem. The 800-year-old town of Hattem has a rich history that is still clearly visible today. Guests have the opportunity, if they want, to stretch their legs with a longer bicycle trip through east Veluwe. During dinner the ship will sail to Kampen where you have the opportunity to go on an optional guided walking tour in the largest Hanseatic town in the Netherlands.

In the morning the barge will sail to the IJssel estuary and across the so-called border lakes. Today’s cycling tour starts at a lock, Roggebotsluis. From the lock you cycle along the border lakes to the fishing harbor of Elburg, where swimming, boating, surfing and fishing are favorite summertime activities. From Elburg the cycling tour goes to lovely Harderwijk through the woods and moorland at Elspeet. The night will be spent in Harderwijk’s old fishing harbor. In the 1500s Harderwijk boasted the largest fish market in the Zuiderzee region and it is still a fascinating old city to explore.

Today guests have two cycling choices: a short pedal along the coast or a combination of the coast route and a longer alternative that also takes in adjacent woodlands. The night will be spent in Spakenburg, a village well-known for its traditional costumes.

During breakfast you can enjoy the scenery from the comfort of the barge. From Huizen you will cycle to the beautiful fortress towns of Naarden and Muiden, famous for its historic castle. From Muiden you will cycle along quiet roads to your final destination, the world famous city of Amsterdam. The afternoon and evening are spent in Amsterdam. While you are there take the opportunity to visit Anne Frank’s home, the Rembrandt House Museum, the Royal Palace of Amsterdam, Dam Square, the very centre and heart of the city or maybe you could go on a canal tour.

End of your tour: Disembarkation after breakfast until 9.30 a.m.

Book your bike and boat trip for this year now and benefit from a 25% spring discount. Simply enter the discount code 21DISC when booking. But don’t wait too long, because our promotion is only valid until March 31st, 2021!

Enjoyable Cycling Holiday Enjoyed the trip. The barge was well appointed and the cabin’s quite spacious. The food was very good, especially the international menus, and catered for all tastes. Although I found some of the longer trips taxing, I completed them all with relatively few aches and pains.

Lena Maria is just fantastic. Klaas (our guide) is just the best!! Lars is an absolute Master Chef!! Cabins lovely and clean!! Thoroughly recommend!! E-bike make the bike riding so much more relaxing! !

We loved the boat Lena Maria and the crew (Conny, Robin, Lars, and Klaas). The food was outstanding. It was rated as easy (level 1) but turned out to be moderate. Changes had to be made because of low canal/water levels, and that was understandable – as a result, there was only 1 choice of route each day, and some…

The minute you step on board of the Sarah, you immediately feel the friendly atmosphere. This cozy barge is roomy at the same time; it offers accommodation to 20-22 guests and besides this, there is enough room for a spacious lounge and restaurant area with a modest bar. If the weather is fine, the meals can also be served outside, on deck. From here you have a wonderful view. Below deck there are 8 comfortable twin cabins (2 have an extra bunk bed) and 2 doubles, all with a private bathroom.

The minute you step on board of the Sarah, you immediately feel the friendly atmosphere. This cozy barge is roomy at the same time; it offers accommodation to 20-22 guests and besides this, there is enough room for a spacious lounge and restaurant area with a modest bar. If the weather is fine, the meals can also be served outside, on deck. From here you have a wonderful view. Below deck there are 8 comfortable twin cabins (2 have an extra bunk bed) and 2 doubles, all with a private bathroom. 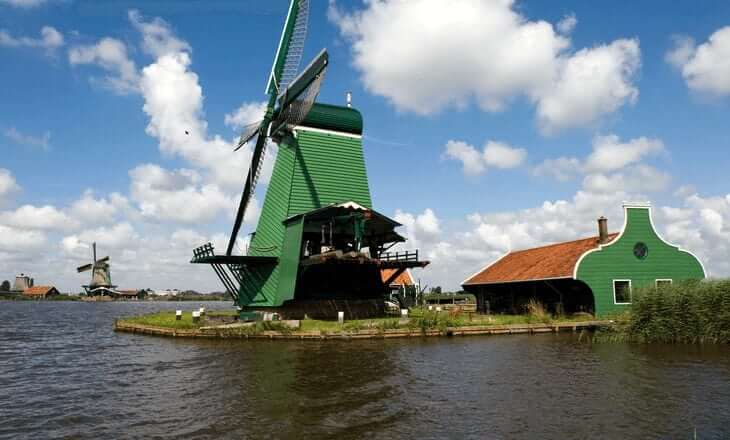 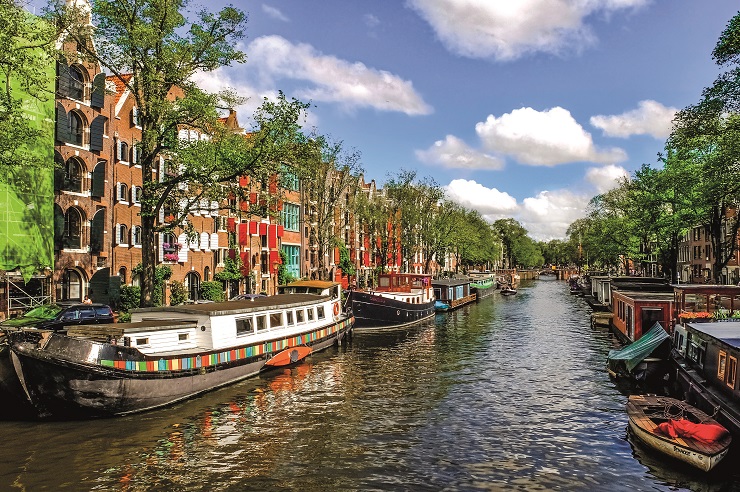 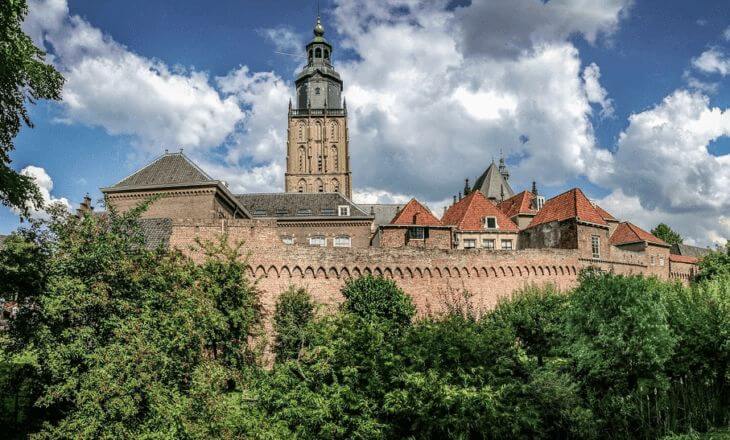 Cycling along the Rhine & IJssel

Learn about the reclaimed polderlands

Receive new tours and travelling inspiration directly into your inbox Curated by our travelling agents and highly trained and experienced guides, just for you.
Select what to print:
Day to day program
Pricing overview
Ships
Print